Restoration of oil painting on wall

Restoration of oil painting on wall

RESTORATION OF OIL PAINTING ON WALL

The restoration of the oil painting on the wall "Virgin and Child with eight adoring Carmelite nuns" (end of the 16th century) is complete. It’s located in the former chapel of the Incarnation of the Divine Word (Palazzo Difesa), in Rome.

The painting shows Barberine nuns in adoration of the Madonna and Child, who appears under a canopy supported by two angels.

The painting could refer to a time close to the establishment of the female order that had taken up residence in the Monastery of the Holy Incarnation of the Divine Word, at the behest of Pope Urban VIII Barberini in 1630.

Targeted diagnostic investigations were carried out to guide cleaning operations and investigate materials and techniques used to execute the work. It’s ‘oil on wall’ execution is highly recognized.

The restoration work carried out by Impresa Giagnori Costruzioni on the surface of the wall painting involved the removal of altered materials that had been superimposed during previous interventions (surface deposits, maintenance draining, final protective varnishes, repainting, plastering). It also included the consolidation of constituent materials (plaster of the support and paint film) and the chromatic reintegration of gaps in the paint film by using reversible materials and recognisable techniques.

On the basement level, the removal of the maintenance paint allowed the recovery of a significant piece of pictorial fabric and original plaster spread down to the ground. These materials appear to be abraded due to the painting’s poor state of conservation. Traces of colouring relating to subsequent maintenance work has resulted in the loss of the original pictorial film.

Under grazing light, the surfaces show 'direct' and 'indirect' incisions made on the fresh plaster of a preparatory drawing relating to a decorative project that was not executed. The pictorial layer was superimposed using the oil technique. 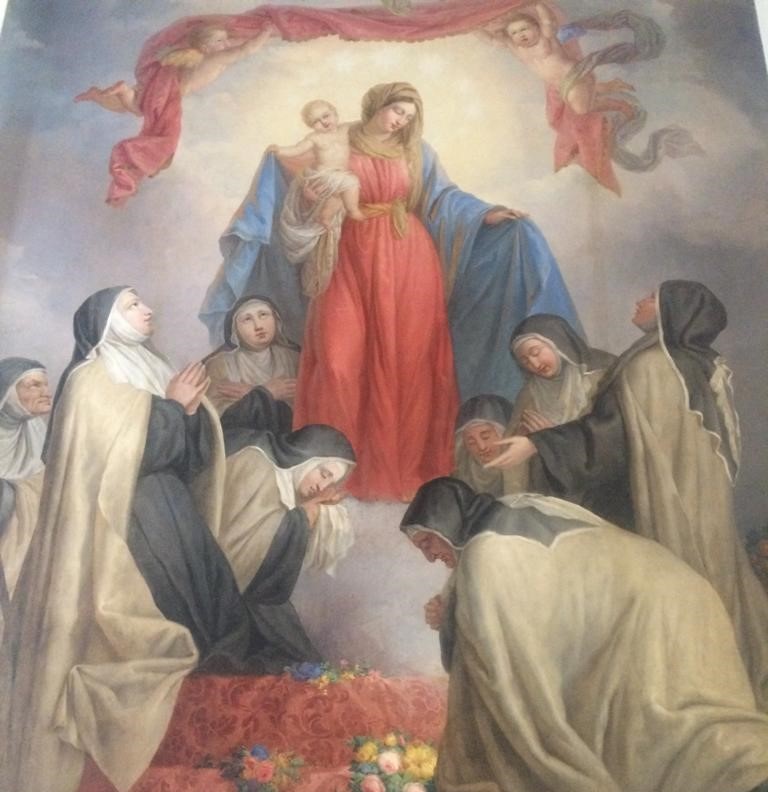